The role of cell phones in our society faces greater scrutiny in recent years, particularly when it comes to the world of driving.

A study conducted by the AAA Foundation for Traffic Safety compared drivers’ odds of crash involvement when using a cell phone relative to driving without performing any observable secondary tasks, both overall and stratified by selected environmental and crash-related factors.

Related: Smartphones are killing Americans on the roads, but nobody’s counting

Data came from a sample of 3,593 drivers, whose driving was monitored using in-vehicle video and other data collection equipment for a period of several months between Oct. 2010 and Dec. 2013. Men (1,712) and women (1,878) represented age groups ranging from 16 years old to 75 years old.

While the great debate over cell phones — along with many other topics, such as the future of autonomous vehicles — and distracted driving has no end in sight, studies like this one will prove useful for researchers, the automotive and electronics industries, and traffic safety advocates, among others, in making tomorrow’s roads a safer place for drivers and pedestrians alike.

Asterisks in tables denote instances in which there were too few crashes and/or baseline epochs involving a specific cell phone task to compute an odds ratio.(Photo: Crash Risk of Cell Phone Use While Driving: A Case-Crossover Analysis of Naturalistic Driving Data)

The study found that “visual-manual interaction with cell phones while driving, particularly but not exclusively relative to text messaging, was associated with approximately double the incidence of crash involvement relative to driving without performing any observable secondary tasks.”

Notably, 42 of 65 crashes that involved any form of visual-manual interaction with cell phones involved texting. Hand-held cell phone conversation, location/reaching for/answering the phone, and overall cell phone use (all manner of cell phone use combined) were associated with elevated risk of crash involvement.

Assocations between visual-manual cell phone interaction and crash risk tended to be stronger in free-flow traffic and in types of crashes in which the subject driver played a clear role, such as rear-end and road-departure crashes.

While hopes for a world without distracted driving may be ways away, drivers who continue to use their cell phones on the road will remain an issue for the foreseeable future. Until then, drivers must remember that driving is a privilege, and that the road is a shared space between drivers and pedestrians alike. 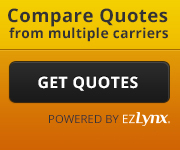 Get a Life Insurance Quote